Westcott’s presentation, and mine, were part of an online forum, “Press Freedom in Crisis,” sponsored by the Indiana Council on World Affairs.

About 50 attendees heard Westcott, the Emergencies Director for the Committee to Protect Journalists, discuss the challenges facing journalists, including those who are jailed, killed, or forced into exile. She highlighted Iran, Afghanistan, Ukraine, Myanmar, and Russia as placed where journalists are most under threat. She noted that attacks on journalists’ physical and mental well being are more than volleys against individuals, but are moreover broadsides that erode press freedom. Westcott also talked about the particular risks faced by freelance journalists, who operate without the support of news organizations.

I chimed in and gave the example of the threats faced by journalists in India and Pakistan. I’ve been working with these journalists for the last three years on a cross-border reporting project. The journalists in this region are all concerned about their safety, some to the point where self-censorship becomes a real issue. I mentioned that that threats and intimidation are especially acute for female journalists, who suffer a deluge of harassment both in person and online. I cited a new report, The Chilling, produced by the International Center for Journalists, that shows a disturbing pattern of abuse directed against women journalists. “Nearly three quarters (73%) of our survey respondents identifying as women said they had experienced online violence. Threats of physical violence (identified by 25% of survey respondents) including death threats, and sexual violence (identified by 18%) also plagued the women journalists we interviewed. And these threats radiated: 13% of survey respondents and many interviewees said they had received threats of violence against those close to them, including children and infants.”

I also made a brief presentation about peace journalism, and included a discussion about if journalists believe practicing PJ makes them safer than if they practiced traditional (and sometimes sensational and inflammatory) journalism. According to a small study I did a few years ago in Cameroon, the answer is yes, PJ does help to insulate journalists from harm. (See The Peace Journalist magazine, October 2018, pg. 8).

During the Q and A, I jumped the line and asked Westcott about notorious press-hater Donald Trump’s presidential announcement. Her answer was reassuring, that we’ve been there before and managed to weather the anti-media rhetoric, and that if need be, we can do it again. I hope she’s right.

Thanks to the Indiana Council on World Affairs for organizing such an important, stimulating event. I hope to work with them again in the future.

Posted by Steven Youngblood at 11:23 AM No comments:

Laker nominated for peacebuilder award
I'm thrilled to announce that my peace journalism partner in Uganda Gloria Laker has been nominated for the US Institute of Peace Women Building Peace Award. The nomination is an honor, and recognizes her contributions to peace journalism and her mentorship of female journalists in Uganda and elsewhere in East Africa. The winner will be announced Nov. 30. Either way, Gloria is a winner in my book. 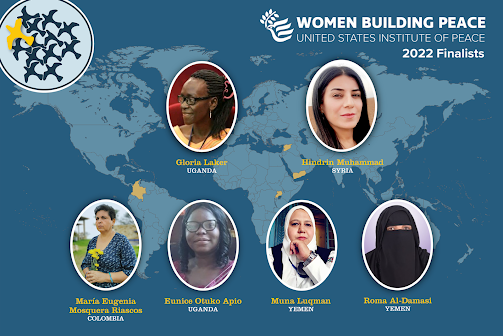 Posted by Steven Youngblood at 9:50 AM No comments:

Dealing with the past: Kosovo and Northern Ireland
(Pristina, Kosovo)—While I was physically in the Balkans last week teaching a peace journalism workshop, my mind was frequently elsewhere, specifically Northern Ireland.

While there are certainly differences between the “Troubles” and the violent conflict here in the 90’s and early 2000’s, I was stuck by the similar challenges faced by journalists in both places. In Kosovo and Northern Ireland, for example, the societies are struggling as they come to grips with the past and deal with thorny, highly contested issues like atrocities, crimes against humanity, collective and individual guilt and blame, forgiveness, trauma, healing, and reconciliation, which seems far off in both places. All of these issues were discussed honestly last week, just as they were in 2019-2020 in workshops I held in Belfast and Derry.

Though solutions seem distant in both places, I am nonetheless encouraged by the journalists I’ve met who are committed to practicing responsible peace journalism that can help support reconciliation and healing processes. This includes, at minimum, not further inflaming passions and not giving voice to those who would hate and divide. The kinds of stories (see previous blog) being reported by our Kosovan and North Macedonian colleagues build bridges and seek common ground, a vital first step to rapprochement.

It is my intention to work with my colleagues here and in Belfast to facilitate a project to bring together journalists from both locales. They have so much to learn from one another.

The workshop I taught centered on the theme, Dealing with the Past. It was sponsored by the German-government funded development agency forumZFD.


Posted by Steven Youngblood at 8:45 AM No comments:

Journalists dive into story ideas, how to report memorialization
(Pristina, Kosovo)-Day three of our peace journalism/dealing with the past seminar was another enlightening journey into the post-conflict world of the Balkans.

The seminar of 20 journalists from Kosovo and North Macedonia began with the participants discussing their ideas for peace journalism-style stories they plan to produce about issues related to dealing with the past. These topics are:
1. Former people involved in conflict…co-existence is possible
2. How different generations deal with memories
3. Women actively participate in conflict—not just as victims, but involved in protecting communities/peacebuilding and reconciliation process
4. Analytical article about how North Macedonian and Kosovan media reported past violence
5. State of minorities in post conflict societies in both places
6. The interconnected lives of Macedonian and Kosovan youth—good cultural connections 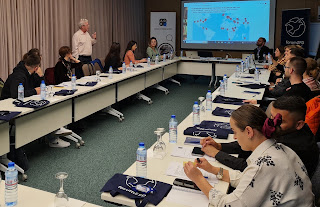 Later, we discussed memorialization, which is how societies preserve historical memories with things like events, exhibits, marches, rallies, speeches, monuments, and so on. So often, these items are reported in a sectarian, ‘us vs. them’ fashion that reopens old wounds, and incites anger. I discussed several examples from Northern Ireland, including seasonal marches and murals honoring so-called martyrs. I shared with the journalists ideas on how to more responsibly report on memorialization. These are:
1. Examine role of memorialization event in terms of reconciliation, reconstruction, transitional justice 2. Report on memorialization event through inclusivity lens—are minority, marginalized groups involved, interviewed?
3. Report on artistic/cultural aspects of memorialization
4. Challenge majority narratives, and include minority and female perspectives
5. Report using competing and contested narratives—more than just balance
6. Use expert sources—historians, academics, museums
7. Treat all sides, sources equally
8. Recognize your own biases
9. Expose and report about decisions about and motivations for memorialization activities/events (forumZFD handbook).
The seminar was sponsored by the German NGO forumZFD, as part of their comprehensive “Dealing with the Past” initiative.
Next week, I’ll give my final thoughts on my experience in Kosovo.
Posted by Steven Youngblood at 9:30 AM No comments:

Balkan journalists hear passion from Ukrainian colleague
(Pristina, Kosovo)-A powerful presentation by a Ukrainian journalist highlighted the “Reporting the Past” peace journalism seminar being held this week in Kosovo. 20 Kosovan and North Macedonian journalists are in attendance at the event, sponsored by the German NGO forumZFD.

Daria Meshcheriakova has been in Kosovo for five months on a program sponsored in part by the Association of Journalists of Kosovo. Her presentation focused on Russian war propaganda which actually began before the illegal annexation of Crimea in 2014. She said this propaganda has had a powerful effect in Russian-occupied areas of Eastern Ukraine as well as in Russia itself. In fact, Daria was told by Russian relatives that there was no bombing in Kiev, even though she experienced it firsthand, and that Ukraine had committed genocide in the Donbas region, which is demonstrably false. She talked about the horrors of living under Russian occupation, and zero tolerance in occupied Ukraine for even the mildest pro-Ukraine sentiment.

Daria applauded Kosovo’s approach to Russian propaganda, which was to block pro-Putin TV channels like Sputnik and Russia Today earlier this year. “They (Kosovo) knew when they should stop trusting this information,” she said.

She gave several pieces of advice to the journalists on reporting the war, including always getting a Ukrainian viewpoint, and never “equalizing” (what we might call giving a false equivalency) to the actions of Russia and Ukraine. She observed, “You can not be guilty for protecting your house (country).”

Her passionate presentation led to a fascinating discussion about journalists’ proper role during conflict. I opined that a journalists’ first responsibility is to the public, and not to wave the flag for a country, military, or ethnic group. I realize how hard this is in the heat of conflict, when, like Daria, your country and your people face extinction.

On the first day of the seminar yesterday, we got an overview of media in the region from Xhemajl Rexha, president of the local journalist’s association. In his opinion, journalists in the region don’t practice peace journalism since they often use inflammatory language, engage in racial slurs, and offer competing narratives to incidents in the region.
In an article Rexha co-wrote for the forumZFD website, he concluded, “Over the years little has been done to bring together Kosovo and Serbia journalists to talk to one another. Moreover, what is needed is an internal dialogue between local journalists from both communities in Kosovo. Facing each other and talking about the hurtful language to the other community would be a good start.”

I also presented an overview of peace journalism on day one, and led a discussion with the journalists about how media in the region can build bridges between “us and them” and contribute to reconciliation. These excellent ideas included:

--Stories about how people in one city live—how people coexist

--Reach the unreachable—show different people with new stories—reach for the voice of the voiceless, interesting stories

Posted by Steven Youngblood at 10:52 AM No comments: 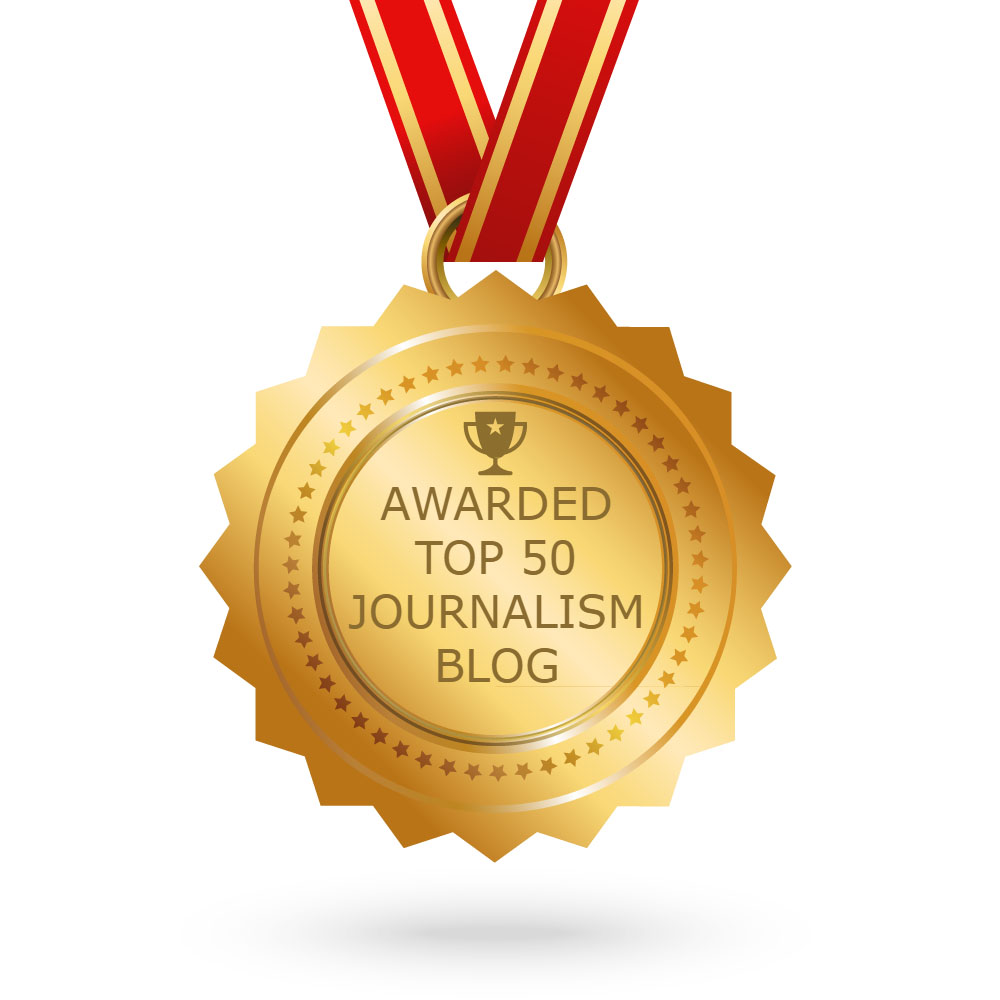 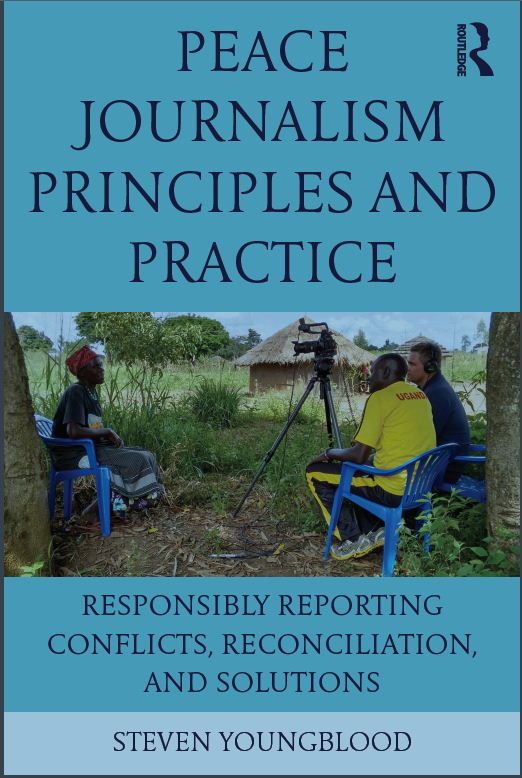 Dealing with the Past and Peace Journalism-A discussion from Kosovo 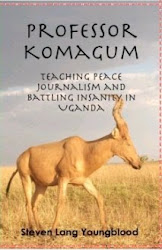